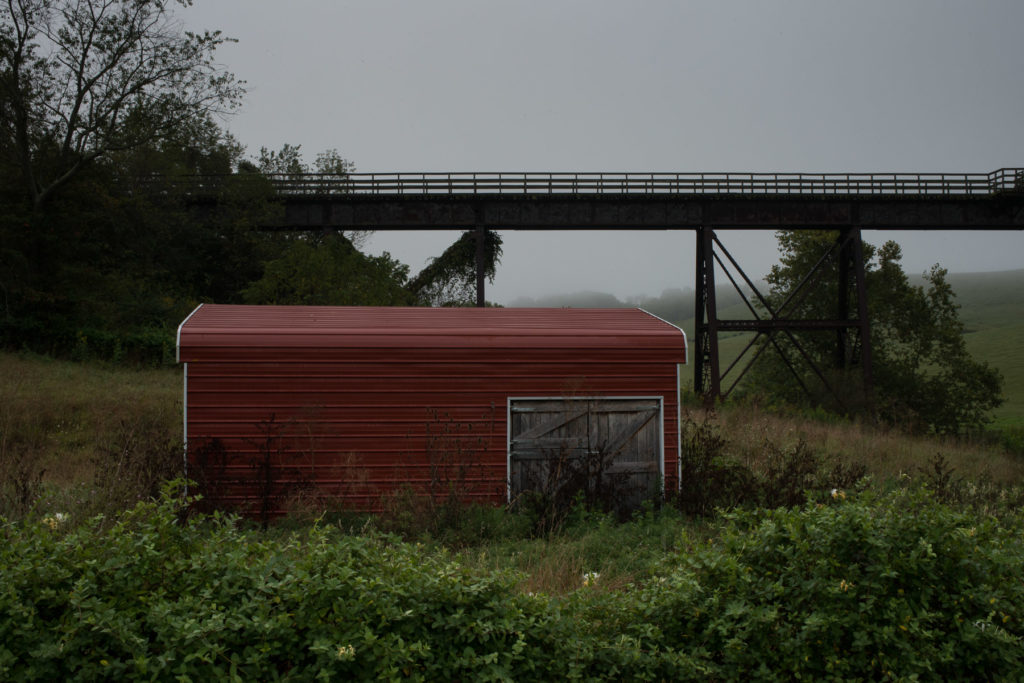 On one fairly unmemorable Tuesday in the Summer of 2012, I was at the studio of my photography mentor and friend. He told me that he had planned a road trip to Denver to make photographs for a few weeks. At the time, I was single and could "work anywhere," so I made a decision that moment that I was going to take a road trip. I had some meetings to attend to the next day (Wednesday), but early Thursday morning, I grabbed all my camera gear, a small bag of clothes and a sleeping bag, tossed them in the car and started driving west, along Interstate 90.

I had absolutely no plan, and to be frank, I don't really enjoy driving long distances. I figured I'd make to Niagra Falls (about a 10 hour drive) and then head back. When I got to Niagra Falls (on the first day), I decided I wanted to go farther, so I called my friends in Chicago and asked if they wanted guests.

I spent a few days with them in Chicago, then went to Kansas City to meet a friend, on to Austin, TX to meet another friend, to Louisiana to greet and photograph Hurricane Isaac, and then back up the East Coast.

I drove 5300 miles in 3 weeks. Got stopped by the police 3 times (that's more than in the prior 10 years combined) and had another (hilarious) run in with them while photographing; had some of the best Indian food I've ever had at a truck stop in Tennessee; got a crazy fever; stayed in many hotels and slept in my car a few times. All told, it was one of the best trips of my life.