Anatomy of a Night Photograph #1 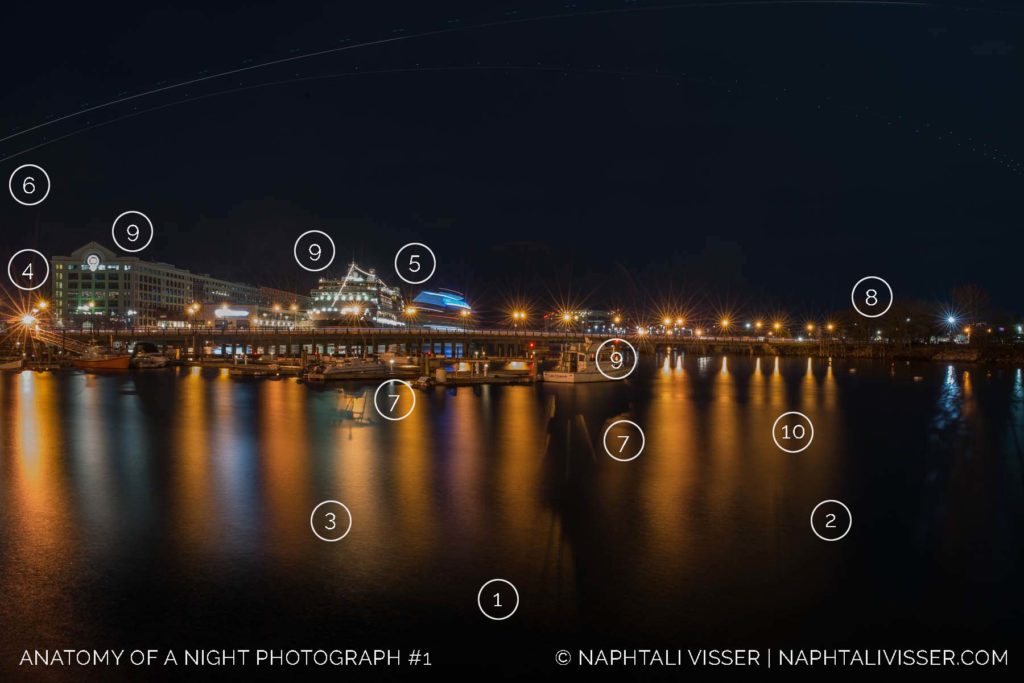 Today, I'm starting a new series of photography posts called "Anatomy of a Night Photograph." In these posts, I'll select an image that I've recently made and describe my thought process in creating it.

This photograph was taken in South Boston, on April 28, 2018 at 8:36PM.  In the background, from left to right is the Boston Design Center, Black Falcon Cruise Terminal, and Conley Container Terminal.  The bridge is on Summer Street, though it is not the Summer Street Bridge.

This is one of my favorite spots in Boston to go photographing at night. I'm often standing near Black Falcon Cruise Terminal, photographing across the water to the Conley Container Terminal. But on this night, there were a couple of cruise ships in port, so I decided to go where I could get a bit of a wider shot.

To be clear, I don't love this image. It doesn't have enough mojo. It won't go in my portfolio. But it is a great image for describing how I generally approach night photography. The points below are in no particular order.